How to know your conference speakerphone is full duplex

What it is the full duplex? Instead of turning on the microphone when you are talking, and then turning it off when you listening for the reply, full duplex speakerphone keeps both mics on all the time, allows both ends to talk at the same time, so you don’t get that choppy sound or someone saying to you, please repeat what you just said, I didn’t hear the last word you said.

1) Full Duplex: both parties can speak at the same time. you can talk over each other as in a non speakerphone conversation
2) Half Duplex: only one party can speak at a time. if the other party tries to speak the other won’t be heard.

Full duplex is a very useful and important feature for conference calls. During a conference call, there may be more than 2 participants, and people would do free talk at the same time. Important message may miss if the talk is not full duplex.

For current technology it is easy to make full duplex to be implemented, it is not a problem to desktop phones with a handset, as in the handset, the mic and speaker is separately placed. However, It is still a challenge for conference speakerphones, because to the speakerphone, your own voice is now only one-hundredth as loud as the voice on the loudspeaker, and yet it still needs to pick out only your voice and send it back. What’s more, it has to do this while compensating for all of the echoes, reverberation and noises in the room.

Then, How can we test a conference speakerphone is full duplex?
First you will need to have one speakerphone you’re going to test, a high-quality headphone, two PC’s with Skype pre-installed (or any other VoIP softphone applications). 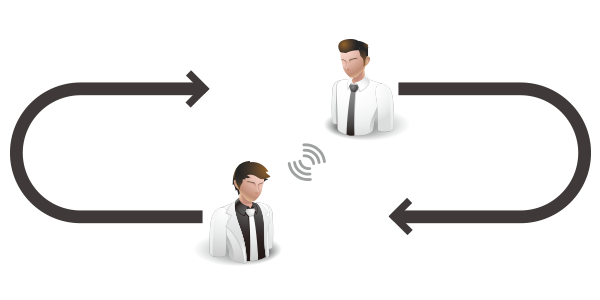 Here are the steps:

Put the speakerphone in the room in which it will be used, connect it with the PC. Put another PC in another room, connect with headphone, and be sure the two can’t hear each other at all when a call is hung up, as even a whisper of sound heard directly from the other end can mess up the tests.

Check that you can make a call via Skype between the two and that it sounds okay to the casual listener.

A true conference speakerphone goes through a period of convergence at the beginning of a call. During this time it is analyzing the acoustic environment as well as the impulse response of the telephone line in order to cancel all echoes before they occur. Start the call by having each end talk alone, in turn. The near end should do a clear, slow count to ten, and then let the far end do the same. Then repeat both counts.

Now that the conference speakerphone is converged, sit about three feet from the speakerphone and count out loud in a slow, steady cadence from one to ten. At the same time have the person at the other end recite the alphabet from A through J. Synchronize your speech, so that you are saying “A” at the same moment the far end is saying “one” and you’re talking over each other. Did you hear every letter? At the same time, did the far end hear every digit? Did it start clipping or cutting out after you got past the first few digits? Some conference speakerphone’s are good for a few seconds and then get choppy.

If that worked well, try more real-world situations. Can the far end still hear you when you both talk at once?

If you conference speakerphone passes these tests, congratulations – you’re choosing a full duplex one.

Note: If not otherwise specified, are good article would Technologies original, reproduced please specify from http://www.meeteasy.com.hk/2016/08/23/how-to-know-your-conference-speakerphone-is-full-duplex/.