In a blog post, Google announced the acquisition of Limes Audio, a Swedish company that focuses on improving the quality of voice calls. The 10-year-old company, headquartered in Umeå, Sweden, also has offices in Stockholm and Palo Alto.

The acquisition isn’t Google’s first time shopping around in the Swedish startup community. In 2007, Google acquired Swedish communications company Marratech to bolster Google Talk and Hangouts for $15 million. That same year, it also picked up Trendalyzer, a Swedish data visualization company. Limes Audio last raised $2.4 million in March, 2016, and the terms of today’s deal were not disclosed. 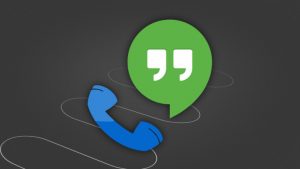 In the Google products blog post, Google Cloud Director of Product Management Serge Lachapelle noted how the company will integrate Limes Audio into its own platforms, which are overdue for an audio quality upgrade:

The company’s founders Fredric Lindström and Christian Schüldt announced the deal in a message on its homepage, noting that the team is “now very excited to join Google” where it plans to “continue to work towards all voice conversations sounding equally loud and clear, regardless of the distance or environment.”

The company’s technology grew out of academic research at Sweden’s Blekinge Institute of Technology, where the pair of founders both pursued a Ph.D. in Applied Signal Processing. The team’s main product, an audio software suite known as TrueVoice, promises to render enhanced quality voice communication through a combination of acoustic echo cancellation, noise reduction and automated mixing, among other tweaks.

Note: If not otherwise specified, are good article would Technologies original, reproduced please specify from http://www.meeteasy.com.hk/2017/03/07/google-buys-swedens-limes-audio-to-boost-hangouts-voice-quality/.